And the Winner is...

Congratulations on winning a free copy of my book! I hope you enjoy it :) 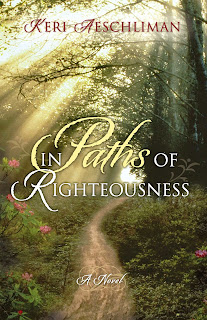 I do have something for the rest of you who entered this drawing and would still like to read In Paths of Righteousness. If you contact me by the end of next week you can get your own copy for only $10, shipping included! Please use the "Contact" form to the right in order to do that. Or you can email me at: 4everwrittenonmyheart@gmail.com

Email ThisBlogThis!Share to TwitterShare to FacebookShare to Pinterest
Labels: Giveaway, In Paths of Righteousness, My Books, Special Offers

Giveaway // The Beginnings of Book #2

Many people have asked me if I am going to write another book, and as some of you know I am in the process of writing one--a sequel to In Paths of Righteousness.  It has yet to be titled, and is only 50 pages long at the moment, but that's 10 pages longer than it was a week ago :) This time of year it is hard for me to sit down and focus on anything if I know there's work that needs to be done, and it seems like the work never ends. But last week I was able to do some writing, which gets me excited for what this next book holds. A sneak peak anybody?

Isaiah Riley stood looking over the sprawling wheat field that stretched out lush and green in front of him. That familiar feeling of pride swelled up in his chest. It was more than satisfying to see the fruit of his labors and know that it would provide food, clothing and shelter for his family. There was no other feeling like it in the world.
He looked towards the western sky; a dark blue with heavy rain clouds. “Just in time,” he thought, turning towards the house to go in for supper.

It was just beginning to rain about the time David reached home that evening. As he mounted the porch steps to go inside, Clyde sat in front of the door, whining mournfully with an unusually timid look on his face.
“What’s the matter, boy?” David questioned the animal, patting him gently on the head. “You want to come inside?”
David opened the door and Clyde went slinking into the cabin with his tail tucked between his legs. The typically ferocious looking wolf curled up on the rug like a little puppy and continued to whimper with his ears perked at attention.
“What’s the problem with him?” Levi asked, turning away from the table where he was preparing their supper.
“I don’t know.” David replied. “He doesn’t act like he’s hurt. Must be afraid of the storm.”
Distant sounds of thunder rumbled through the forest as the rain began falling harder on the roof.
“This will be good for our garden,” David said as he walked over to a window and looked out at the downpour, “and everybody’s crops too.” He added.
A blaze of lightening flashed through the sky, followed by a clap of thunder several seconds later.
“Papa?” David turned from the window. “Do storms like this make you feel really small?”
The old man chuckled. “A lot of things make me feel small, David. I used to feel alone and unnoticed at the same time though.” Levi assumed a thoughtful expression that David saw often on his wrinkled face. “But now the things that make me feel so small and helpless remind me more of God’s greatness, and I marvel that He would take notice of little me.”
“Hmm,” David mused, “I never thought about it quite like that before.”
Levi and David bowed several moments later to thank God for His provisions for them prior to eating their evening meal. Just as David spoke the word, “Amen,” the pitter-patter of rain on the roof changed to the tinkling sound of ice against the window panes.

100 people have liked Stories by Keri Nicole's facebook page, and since that seems like a big number to me, I'm going to do a giveaway of my book. If you do not yet have a copy of In Paths of Righteousness, or if you know someone you would like to give a copy to, please enter the drawing! Either leave a comment below or on the facebook page to have your name put in! The winner will be announced Saturday morning (July 18th).

Also, you are invited to a book signing this week at Cabin Fever Coffee in Defiance, Ohio. I went in there for the first time recently and it's an adorable little coffee shop. The perfect place to read a book and drink a cup of coffee--or hot chocolate if you're like me. :) I will be there on Wednesday, July 15th, from 9am - 11:30am. I would love to see you there! My book is currently available for purchase there as well.

Don't forget to enter the drawing! And if you get a chance, come on out to my book signing this week! 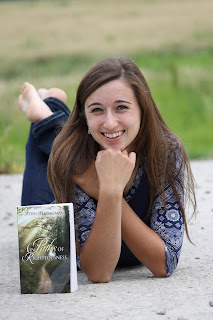