Books in Hand // The Announcement of the Year!

It's the news we've all been waiting for!!!

...at least, I hope I'm not the only one who has been anxiously awaiting this day :) 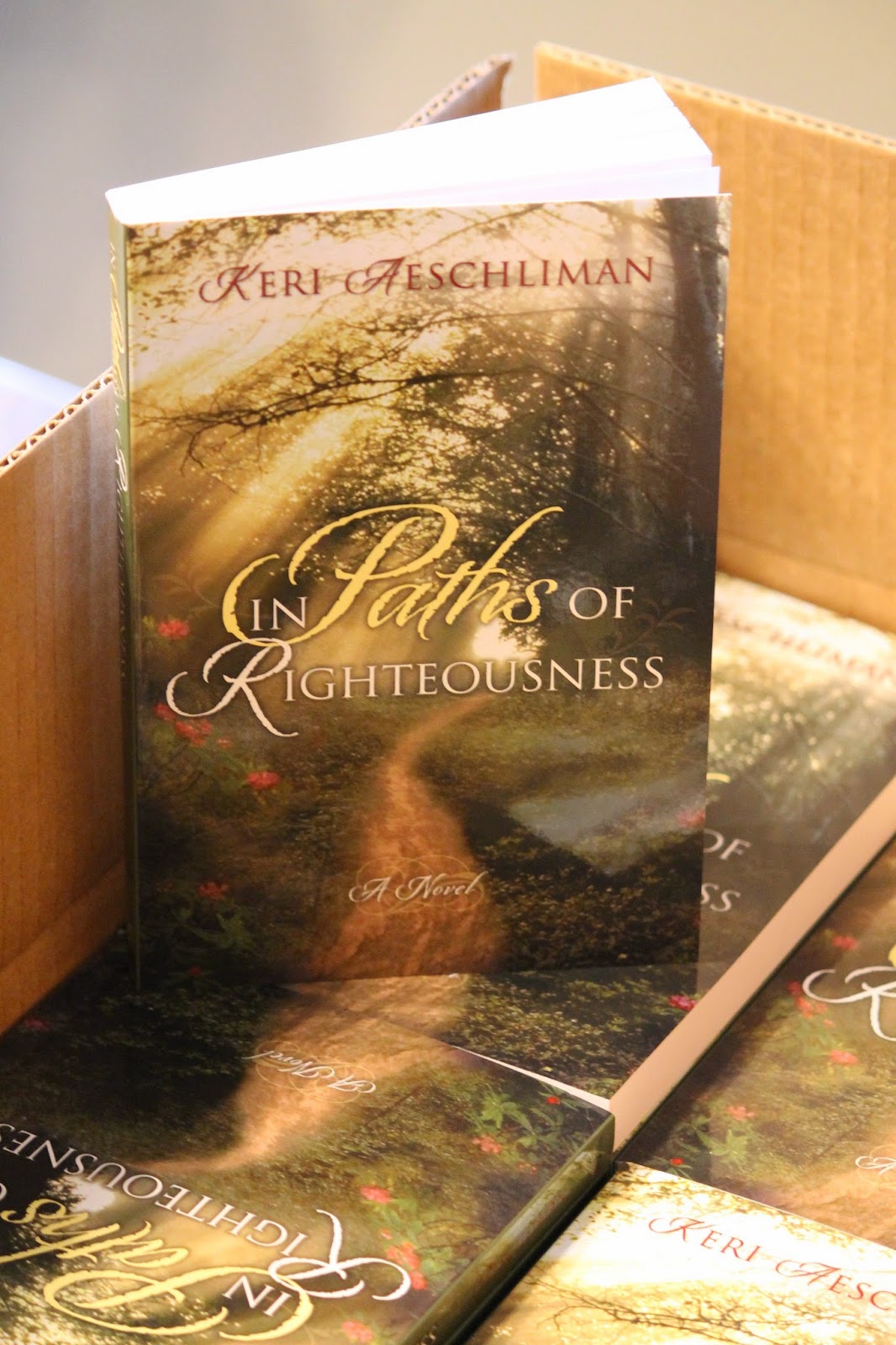 71 boxes of books arrived at my house on Friday, over a week earlier than I expected, which I am quite excited about! In Paths of Righteousness is officially available for sale, and can be found on my website! Also, Stories by Keri Nicole is now on Facebook...so I guess I'm supposed to tell you to "like" me on Facebook, but I hope you liked me even when I wasn't on Facebook ;) And to those of you who know me--I know, I can't believe I actually did it... :D

A HUGE thank you to all those who have supported me in this project. I praise the Lord for each one of you and the encouragement you are. 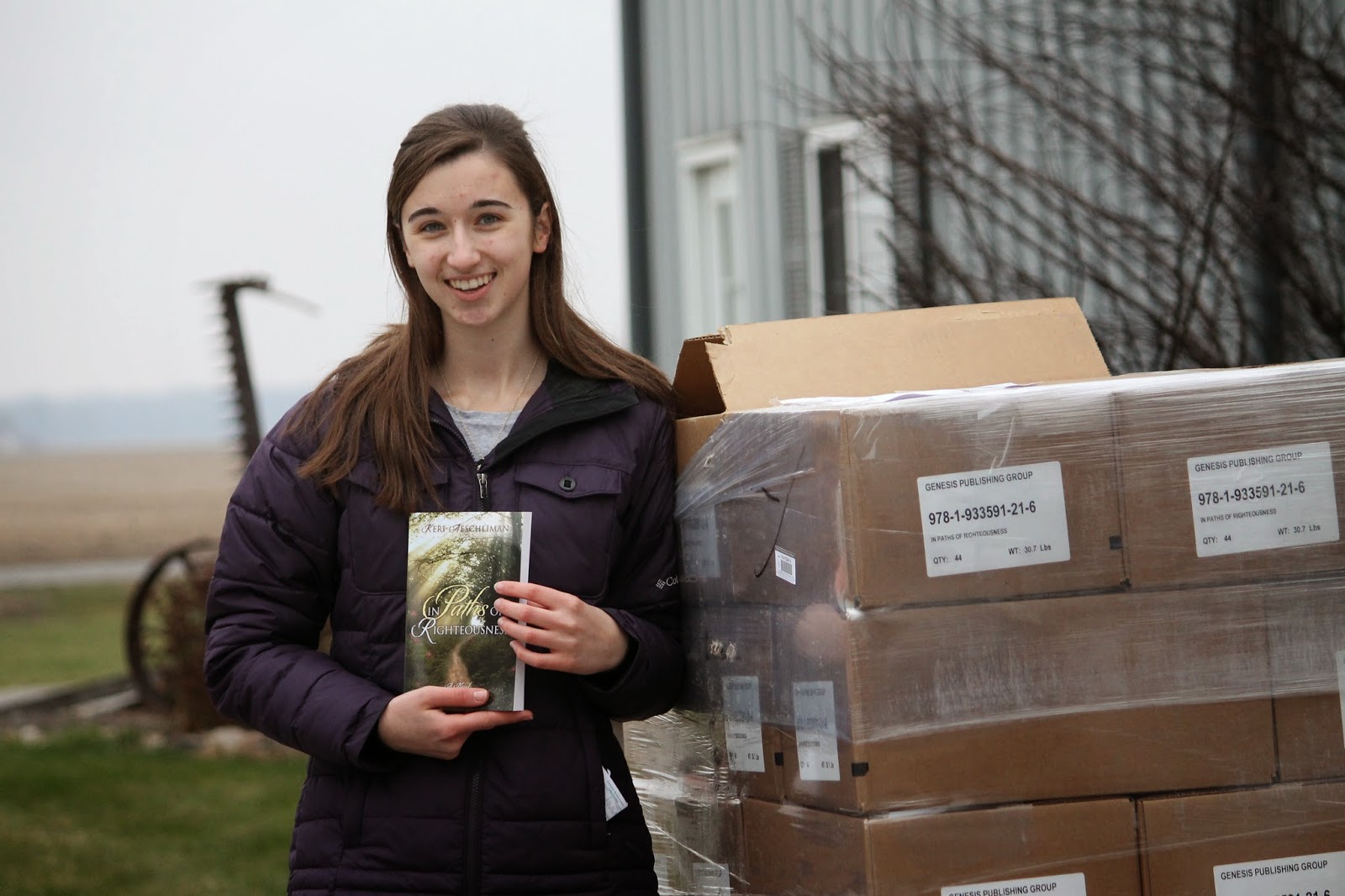 Spread the word, I have a lot of books to sell! :)

Email ThisBlogThis!Share to TwitterShare to FacebookShare to Pinterest
Labels: In Paths of Righteousness, My Books

One lovely morning this summer I went for a walk--something I often do when the weather is nice. There's a lane behind our house that winds along the creek and back through the field, which is my favorite place to walk. 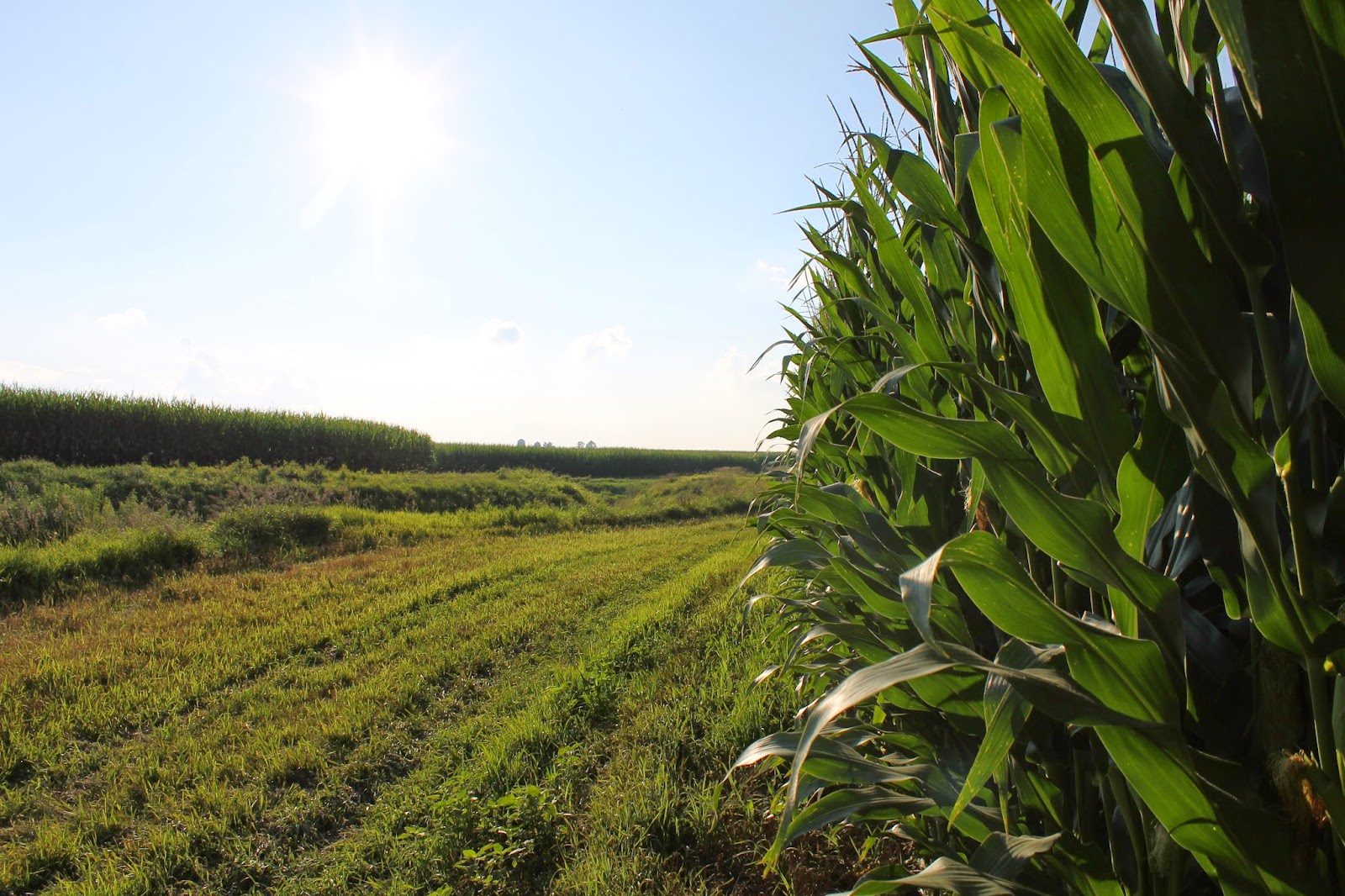 When I was out that morning, I noticed a vine growing in the corn. It had these really pretty purple flowers on it, and I decided to take a picture of one with my phone. 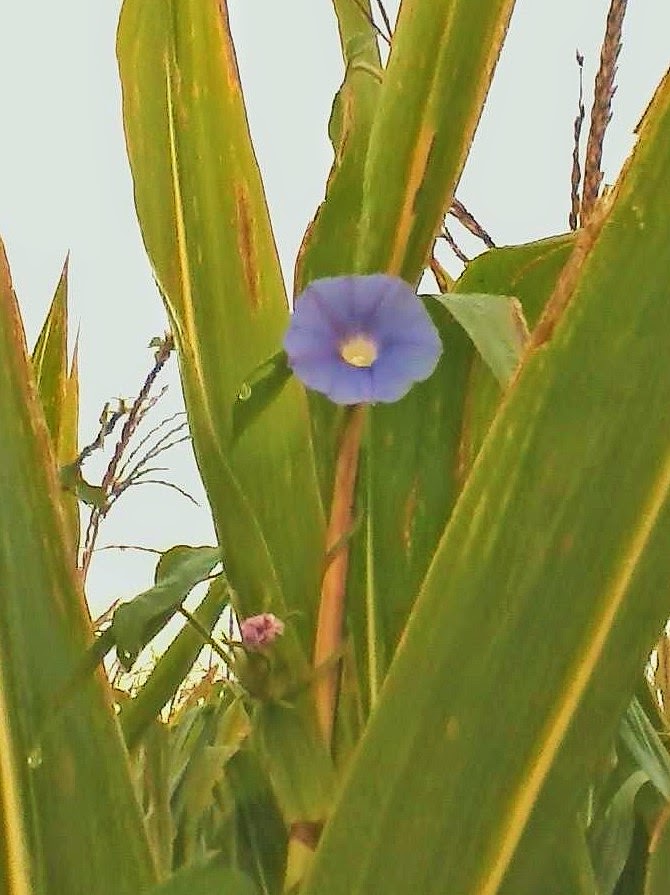 Thinking nothing more of it, I walked on and forgot about it entirely.

One chilly October afternoon we were shelling corn in the field across the lane from where I'd seen the vine and this is what we found: 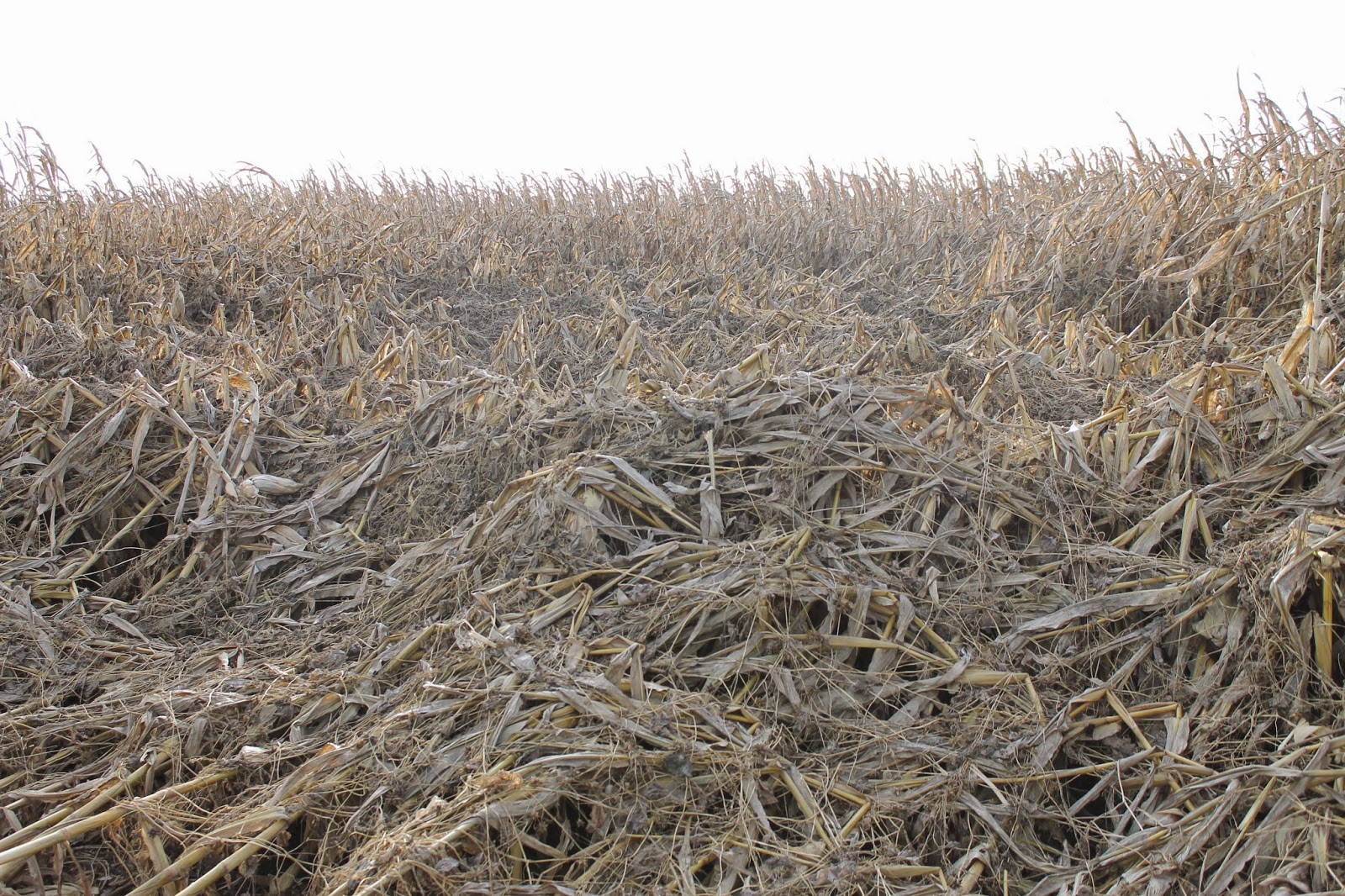 This terrible vine had grown up in the corn and completely taken over. Winding its way up the stalks and branching out across an area twice the size that this picture shows, it literally strangled the corn and brought it down to the ground. The infested area was such a tangled mess that the combine couldn't get through it. The vine wouldn't feed through the head and just got all bound up in the auger. I've never seen anything like it before. Dad and I spent a good while pulling all those crazy vines loose and speculating on what this obnoxious weed might be. We had no other choice but to go around that spot, and it's still out there right now, unharvested. 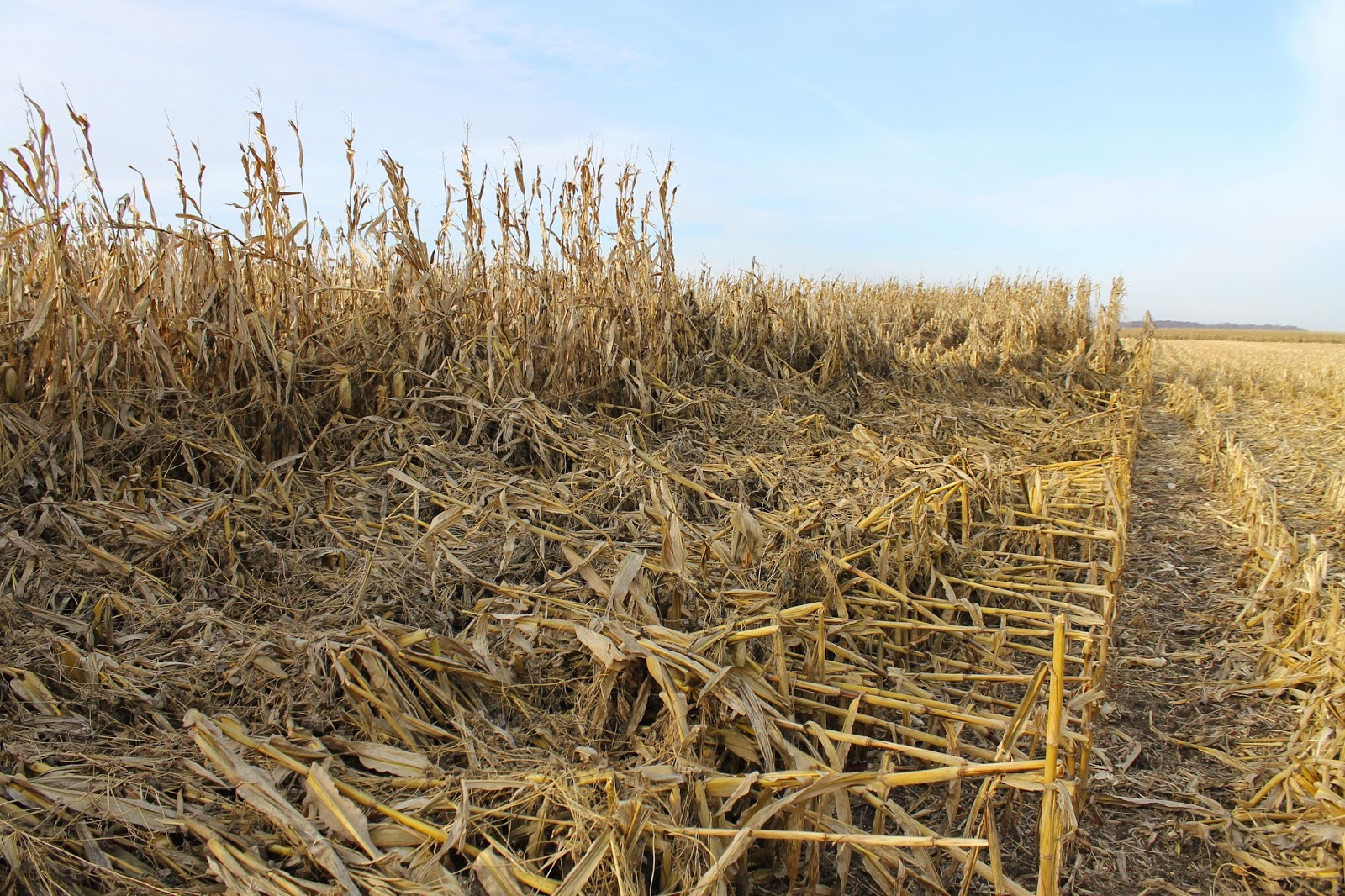 I did some research and found out that the vine is called Field Bindweed. Fitting name, eh? That's what I thought. :) It comes from the same family as Morningglory and is a perennial (great...). I learned a lot about bindweed, but the main thing that stuck out to me was the root system. A six week old plant can have a taproot up to 2 feet deep and as many as 6 lateral roots which will grow out 1' - 3' and then turn down, essentially becoming taproots themselves. If left unchecked for only three seasons, one plant can extend out 18 feet and penetrate a depth of up to 20 feet. I just have to say it--holy cow! That is ridiculous! It's really hard to get rid of as well, as I'm sure you guessed already. But I won't bore you with all of the details... :)

In thinking about this, I see so many different applications I don't know which one to go with! So, I'd like to do something different and hear from all of you. What spiritual application do you see?


Let me know what you think! Here's a verse that came to my mind:


"Stand fast therefore in the liberty wherewith Christ hath made us free, and be not entangled again with the yoke of bondage."
~Galatians 5:1 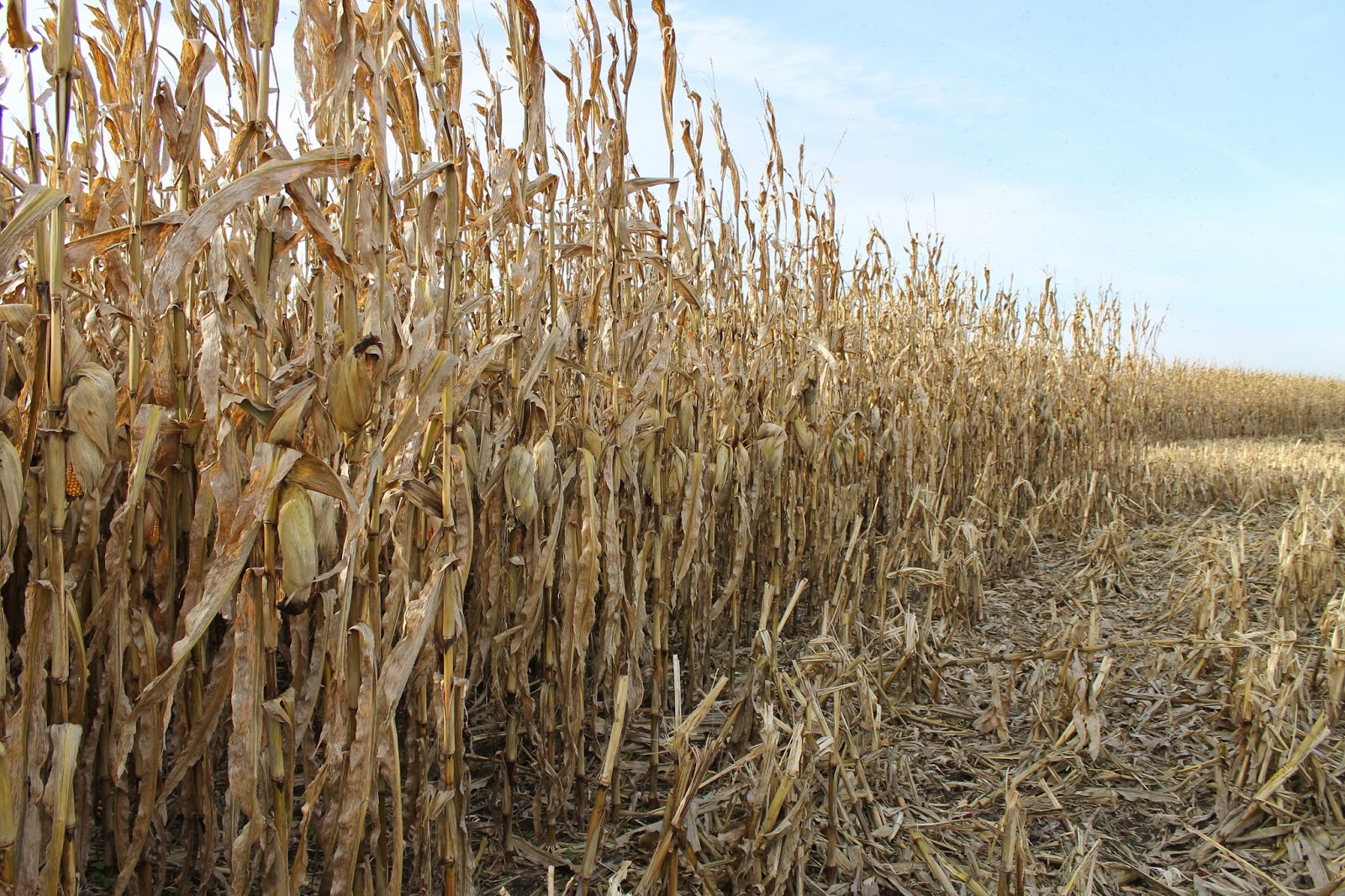 I can't wait to hear from you all!